Top 10 Things to Happen for Missouri Labor in 2021

Grinding through the second year of the pandemic has been tough for everyone. Living in a State with an anti-union Governor and Legislature is tough on working families. That said, a whole lot of good things happened for working people in 2021. While holding the line against right-to-work and further attacks on workers' rights is always our biggest victory, we wanted to end the year with a celebration of the Top 10 actively positive things to happen to Missouri union members!

President Biden pledged to be “the most pro-union President in history,” and he and Vice-President Harris are keeping their word. “Joe’s not just a friend, he’s a vocal active friend” Missouri AFL-CIO President Jake Hummel (IBEW) says. “He promised he would deliver for Unions, he promised he would deliver for working Americans, and by God, he’s doing it.” While we have challenges to be sure of, it’s easier to meet those challenges with a friend of labor in the White House. Much has been done in 2021, and we look forward to more pro-union, pro-middle-class work in 2022. 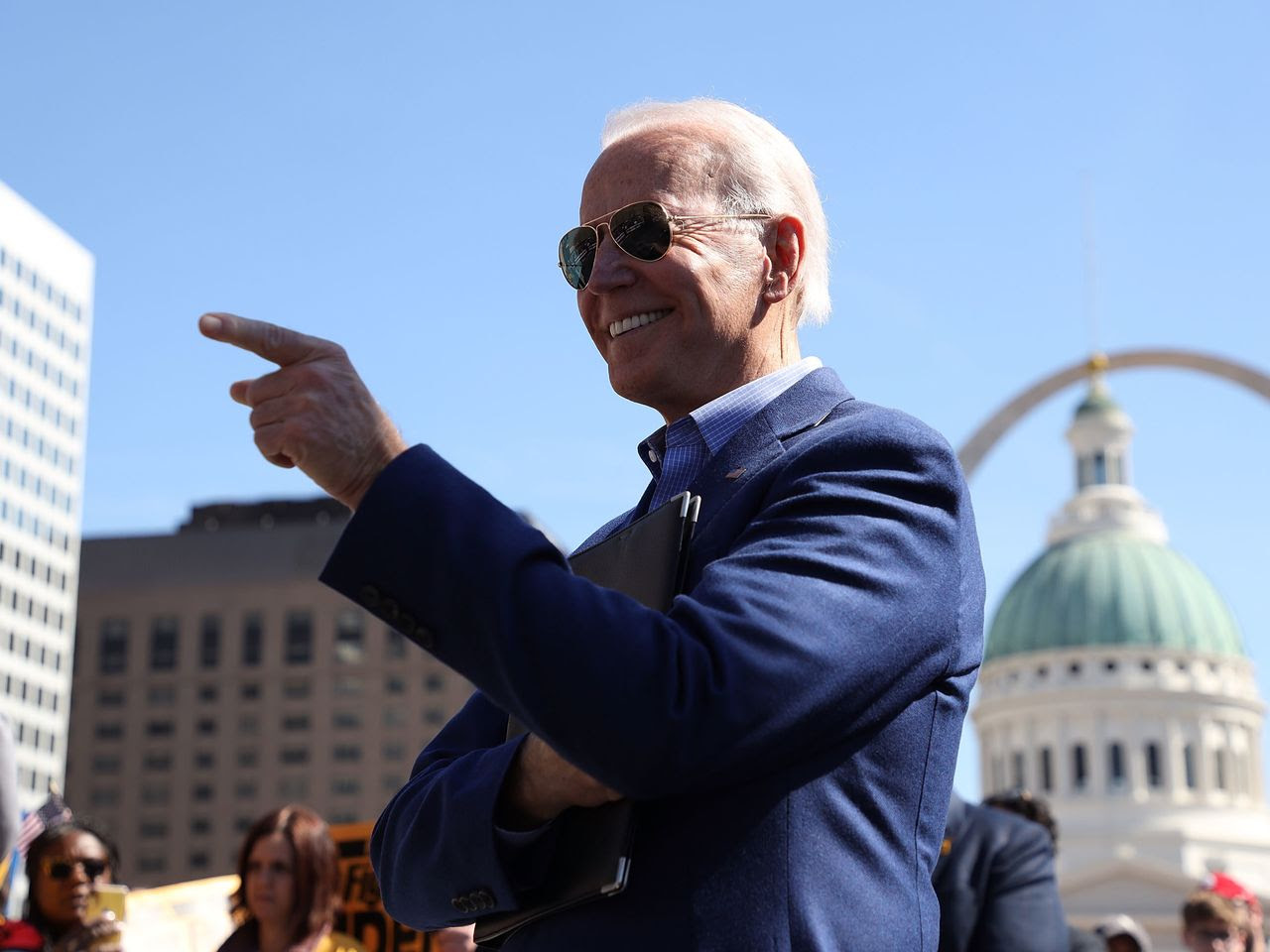 “I've never seen anything like this in my life, and no president since Franklin Roosevelt has put organized labor and workers' rights at the center of American policy like President Biden” - IBEW International President Lonnie R. Stephenson

Jobs, Jobs, Jobs. That’s what Union Members are getting from this record investment in rebuilding America’s infrastructure. Highway construction, bridge repair, electric grid modernization, EV charger installation, lead pipe replacement, environmental remediation, broadband expansion, air, rail, and port improvements are all on deck because President Biden signed the Bipartisan Infrastructure Bill. And none of it would have happened without union power. 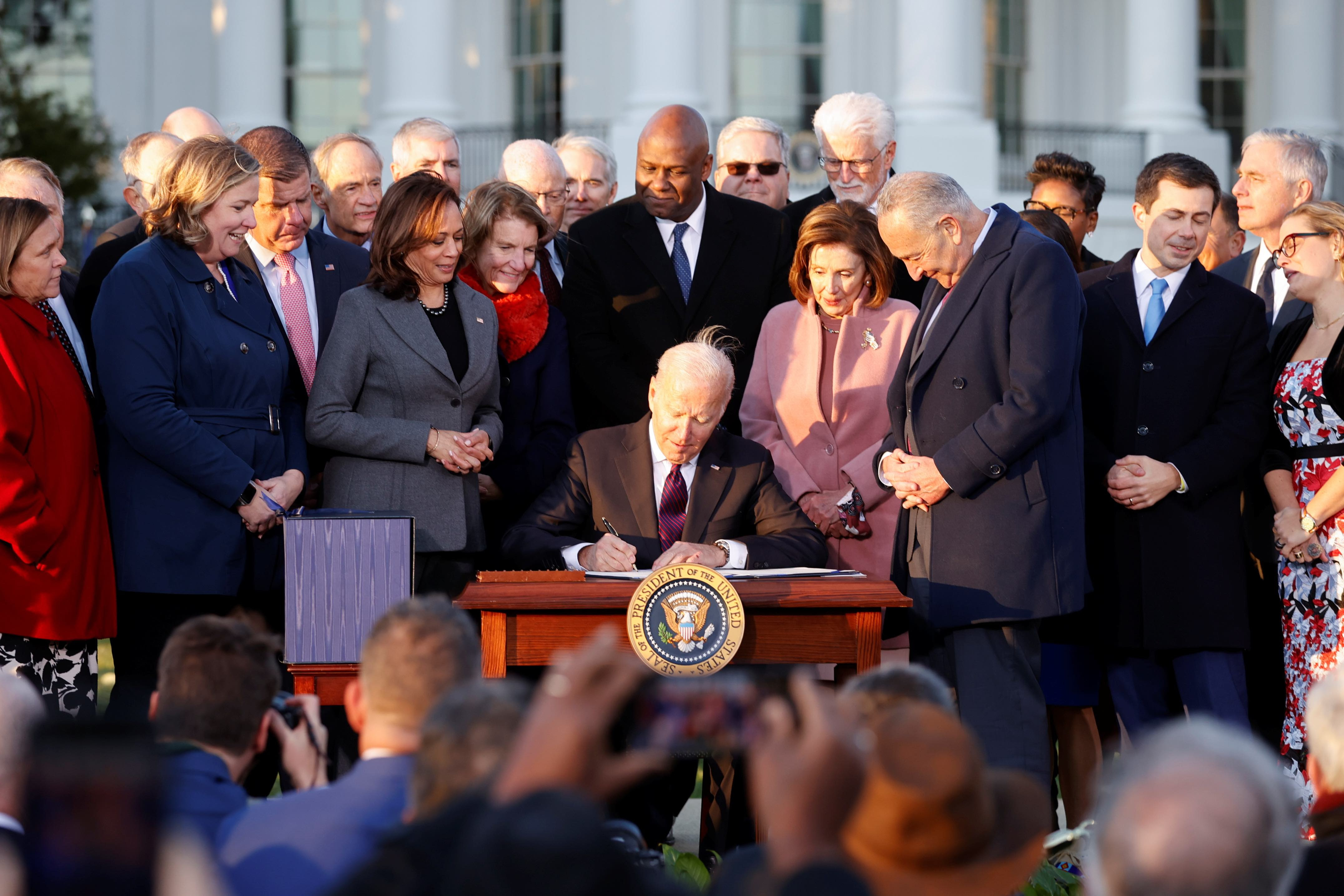 This fall's Striketober became November’s Strikesgiving which lead to December’s Strikesmas. Whatever you call it this fall was the culmination of a year highlighting the outrage of workers and the power of labor organizing. Going on strike isn’t easy, and is never the first option, but by standing up workers in Missouri and across America won important gains for themselves, and for workers everywhere. THANK YOU to all who held the line for themselves, their families, and for the entire working class. 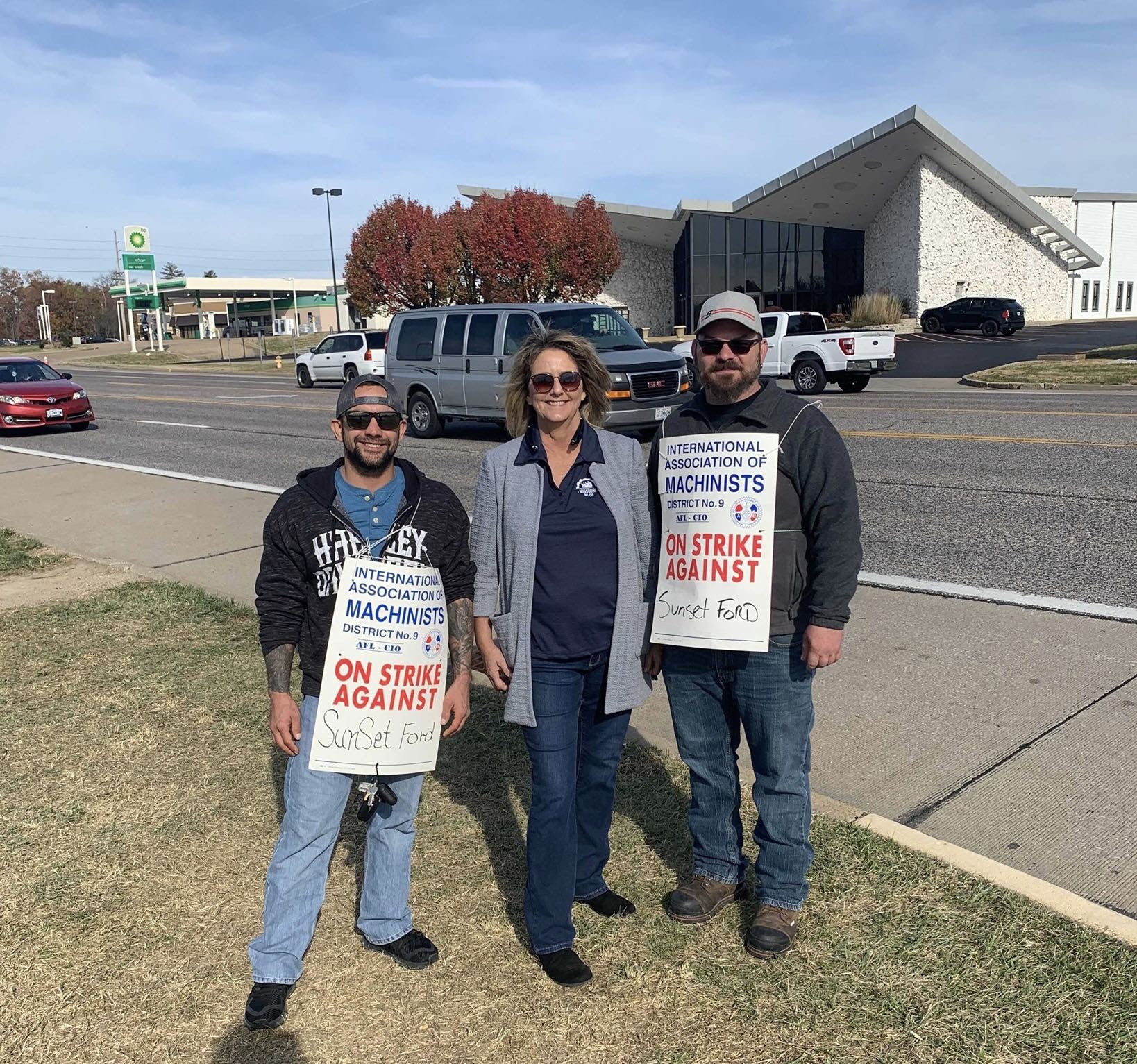 March feels like such a long time ago that it's easy to forget that President Biden delivered an important 2 Trillion dollar COVID relief package called the American Rescue Plan last Spring. Along with funds for vaccinations, the ARP was aimed at directly helping working families, with cash payments to all Americans, an enhanced child tax credit, enhanced unemployment benefits, and rent and utility assistance. It included direct funds to schools, states, and municipal governments to secure the employment of public sector workers. 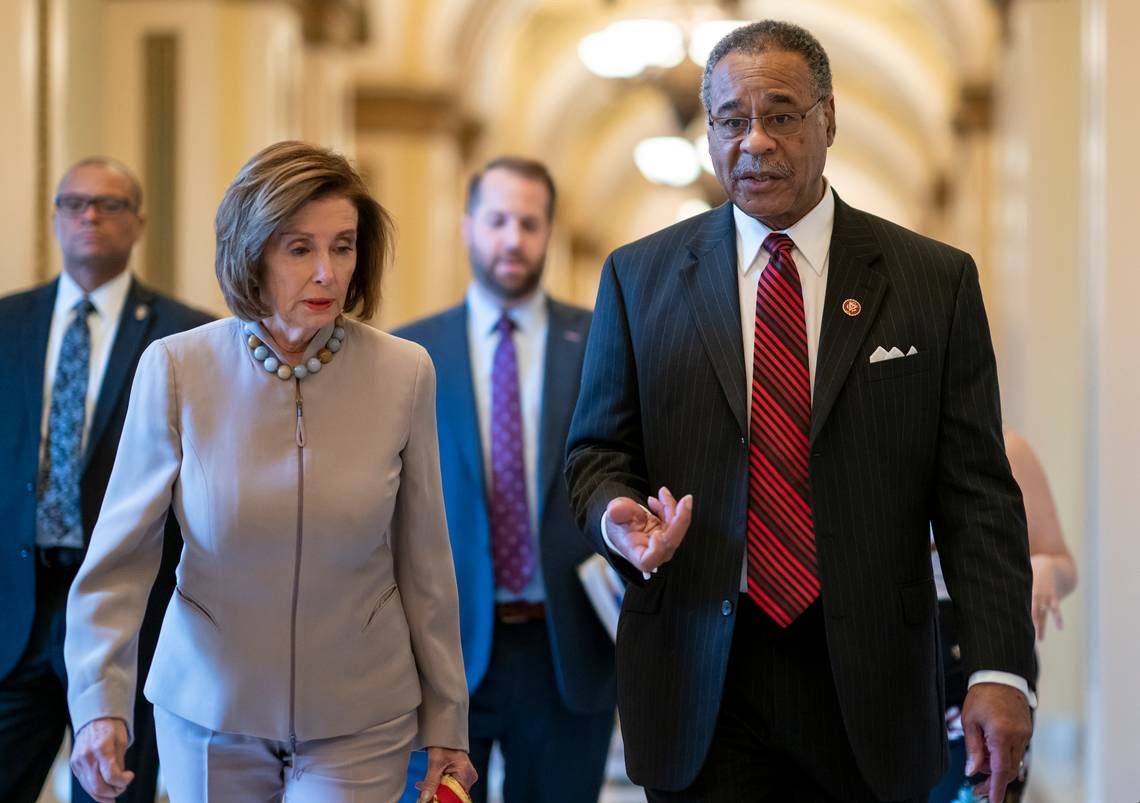 2021 saw a major investment in worker training with the launching of the Missouri Works Initiative. A nonprofit housed at the Missouri AFL-CIO and executively directed by barrister Greta Bax, the MWI harnesses the power of 4 programs, Worker Wellness, Dislocated Worker, BUD, and Apprentice Ready, to help build a healthy, trained, and diverse workforce for Missouri’s future. 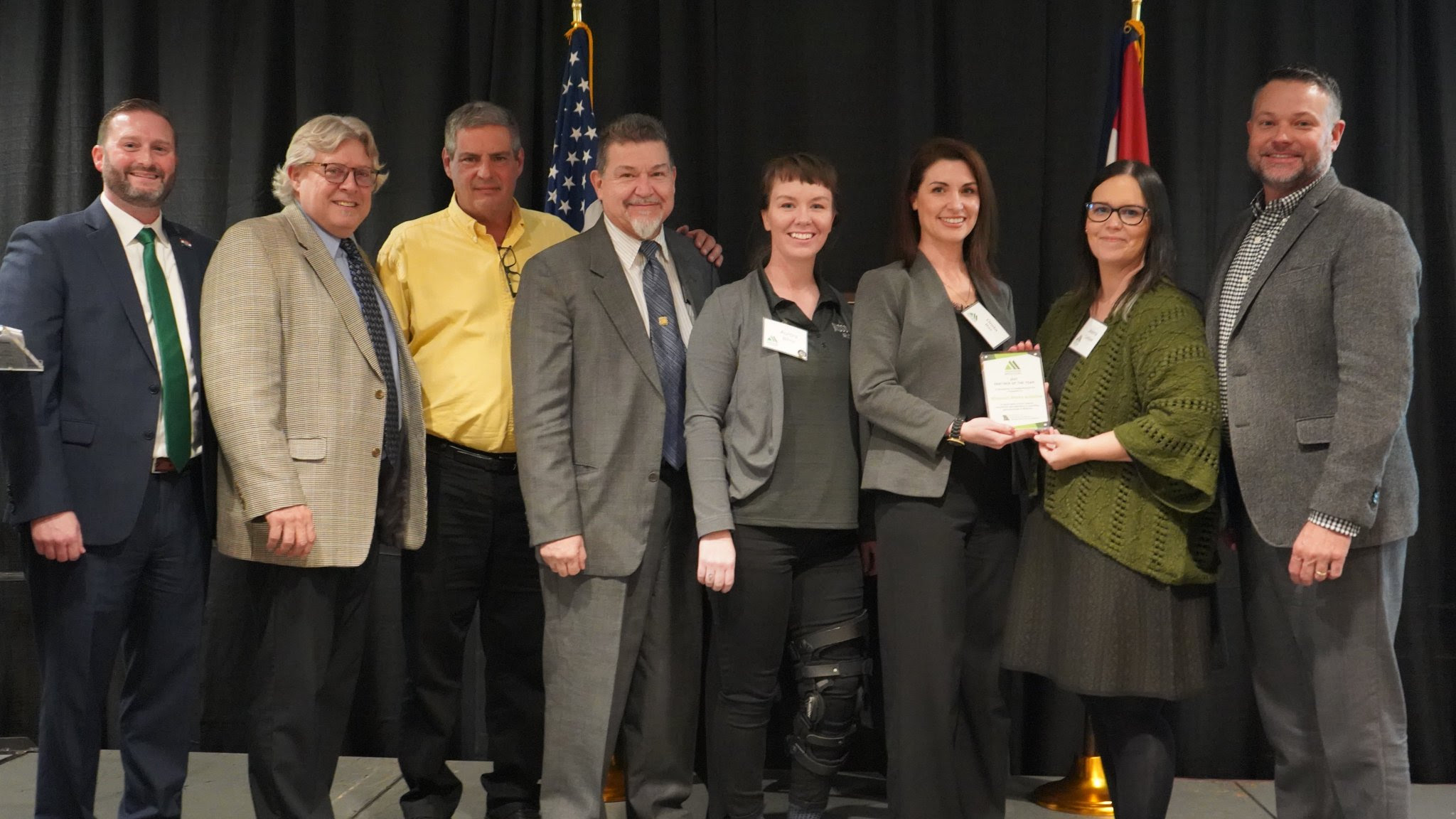 After expanding the BUD program to Kansas City and Springfield the Missouri Works Initiative won Missouri Apprenticeship Partner of the Year!

For years we’ve said Missouri Legislative attacks on public workers are unconstitutional and in 2021 the Courts agreed. In an overwhelming 5-2 decision the Supreme Court upheld the lower Court's ruling that House Bill 1413, known as Paycheck Deception, was unconstitutional and cannot be enacted. HB 1413 created unnecessary regulatory hurdles, like forcing members to opt-in annually to union membership, that existed solely for the purpose of making it difficult to join and operate a public-sector union.

In a second victory for state workers, a Circuit Court ruled a 2018 law restricting public employee bargaining rights unconstitutional and ordered Gov. Parson to resume bargaining with over 13,000 state employees covered by union bargained contracts. The decision was a major win for AFSCME, CWA, and SEIU who have been fighting to force the State to bargain with some of the lowest-paid state employees in the nation. 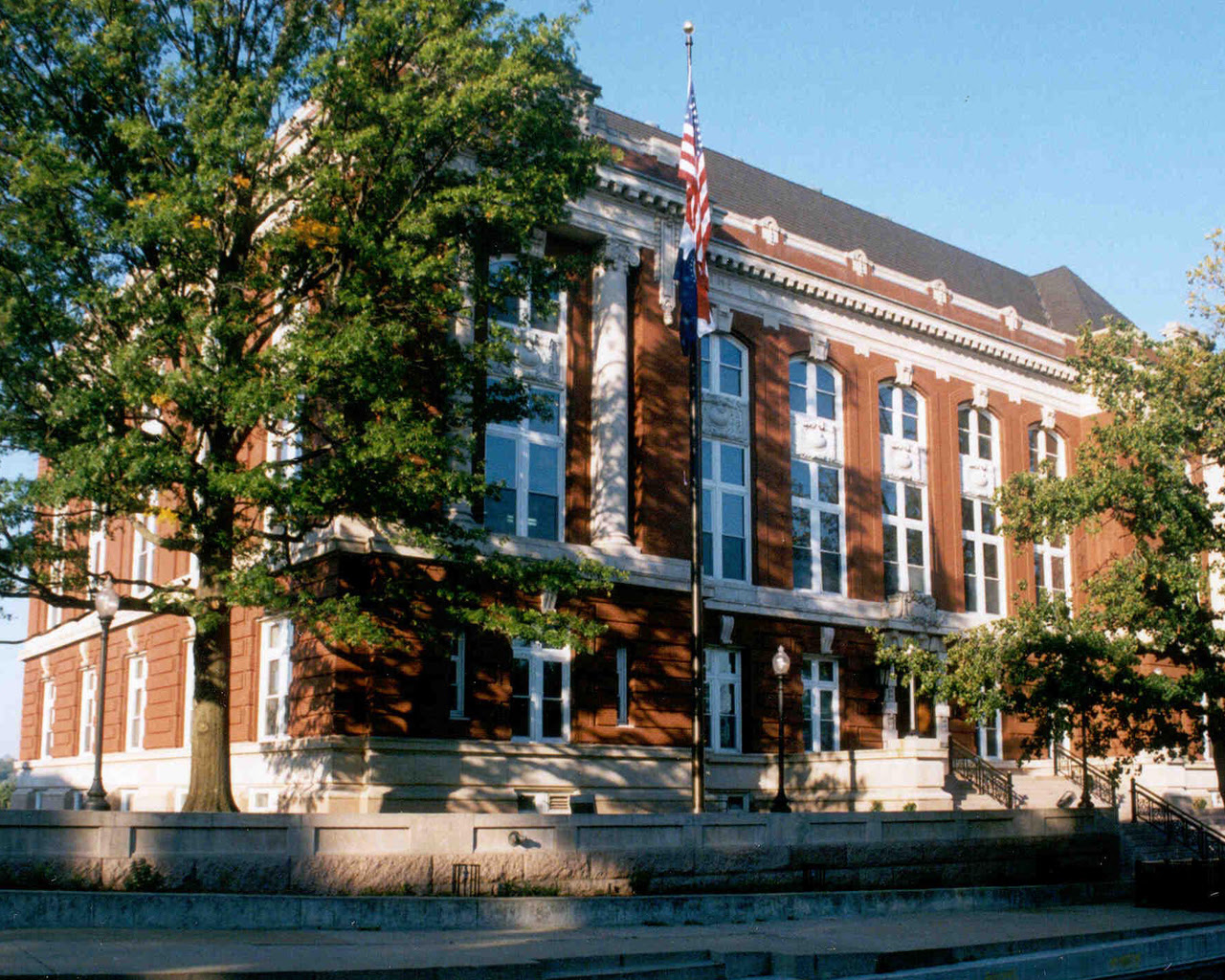 The Protecting the Right to Organize (PRO) Act is a game-changer for working people. From organizing new bargaining units to securing first contracts, to strengthening strikes and enacting meaningful penalties on corporate violators, the PRO Act will be a massive victory for working people. It has a long way to go, but 2021 showed tremendous progress. PASSED by the House of Representatives, Co-Sponsored by 47 Senators and supported by a President who called for it to be sent to his desk for signature, the PRO Act is real and is now THE standard for what it means to be Pro Labor. 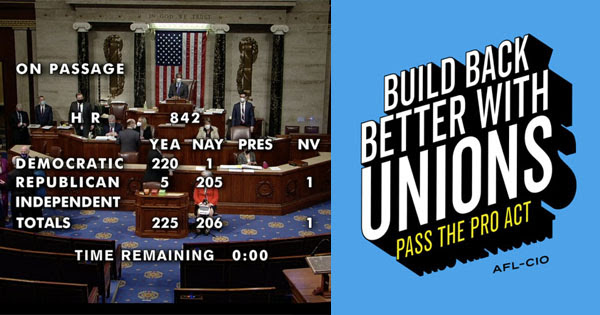 8. Historic Leadership at the National AFL-CIO

The sudden passing of longtime AFL-CIO President Rich Trumka was shocking and heartbreaking. President Trumka had faithfully served the labor movement for decades. During the sudden upheaval, the ship of the national labor movement has been steadied by the able leadership of new National President Liz Shuler. While she was breaking a glass ceiling and becoming the first woman to hold the top job in the American Labor movement President Shuler was joined in making history by Fred Redmond (USW), who became the first African-American to be Secretary-Treasurer of the AFL-CIO. We are grateful for all that President Trumka gave and excited for the future with President Shuler and Secretary-Treasurer Redmond! 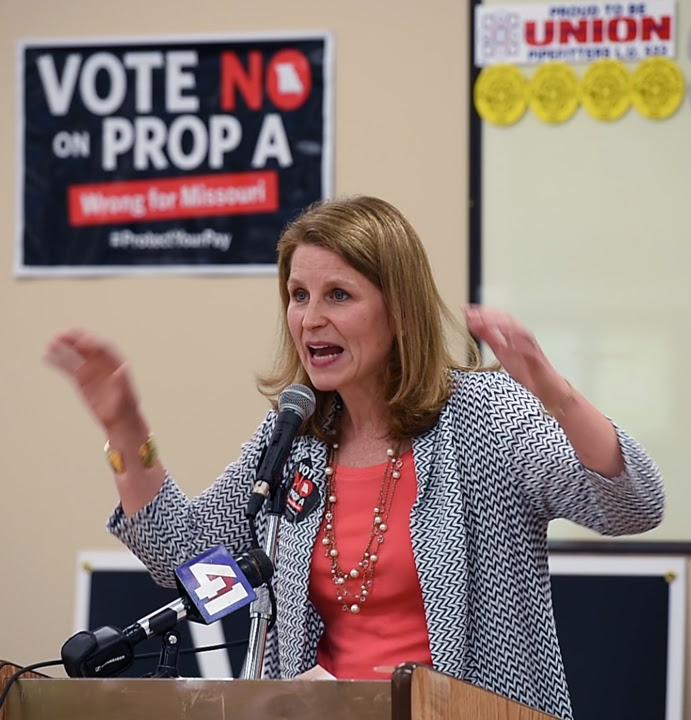 As Secretary-Treasurer Liz Shuler took the time to come to Missouri to help us defeat Prop A in 2018.

Moving swiftly President Biden has secured workers a Pro-Labor Majority on the NLRB with the nomination and confirmation of Union Attorney Gwynne Wilcox (formerly of SEIU), David Prouty (formerly of SEIU and UNITE HERE) and Board Chair Lauren McFerren. President Biden also took the appropriate step of firing the Boards anti-union General Council and replacing him with worker supporter Jennifer Abruzzo (formerly with CWA). While not a heavily covered story, these actions mean workers and unions will receive a fair shake in conflicts with bosses and corporations. 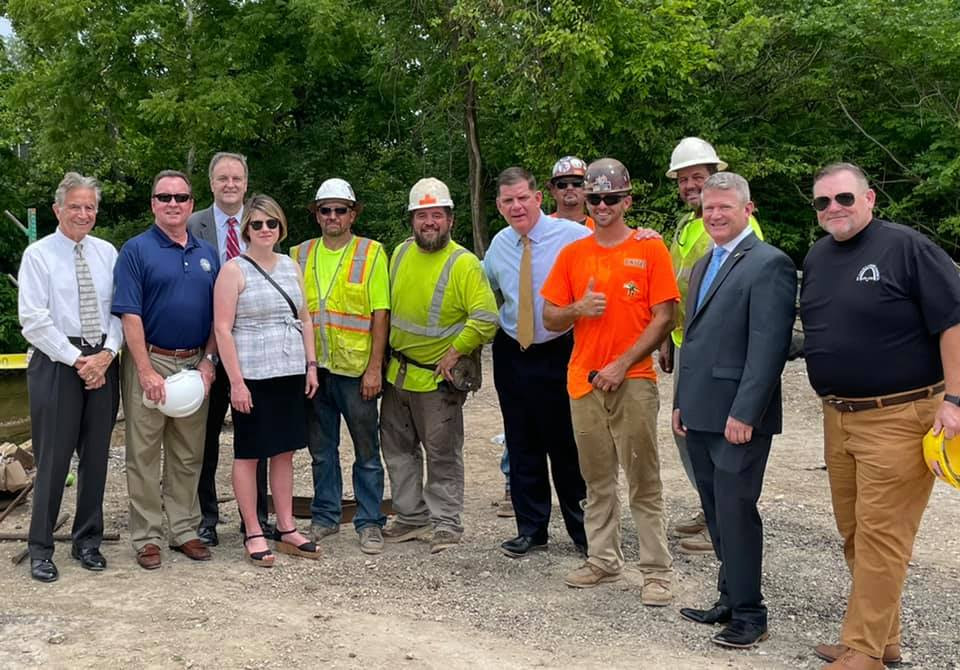 Easier Than Ever to Stay in Touch with AFL-CIO APP

The Missouri AFL-CIO just launched a new APP to make it easier to keep up to date with Missouri Labor news. The APP will be a great way to stay connected as we enter an election year and the legislative session starts in January. Click this link: https://unionstrong.app.link/moaflcio. Follow the steps. Be sure to enable notifications. This will connect you directly with the Missouri AFL-CIO in the APP, and you'll start receiving important updates from us! 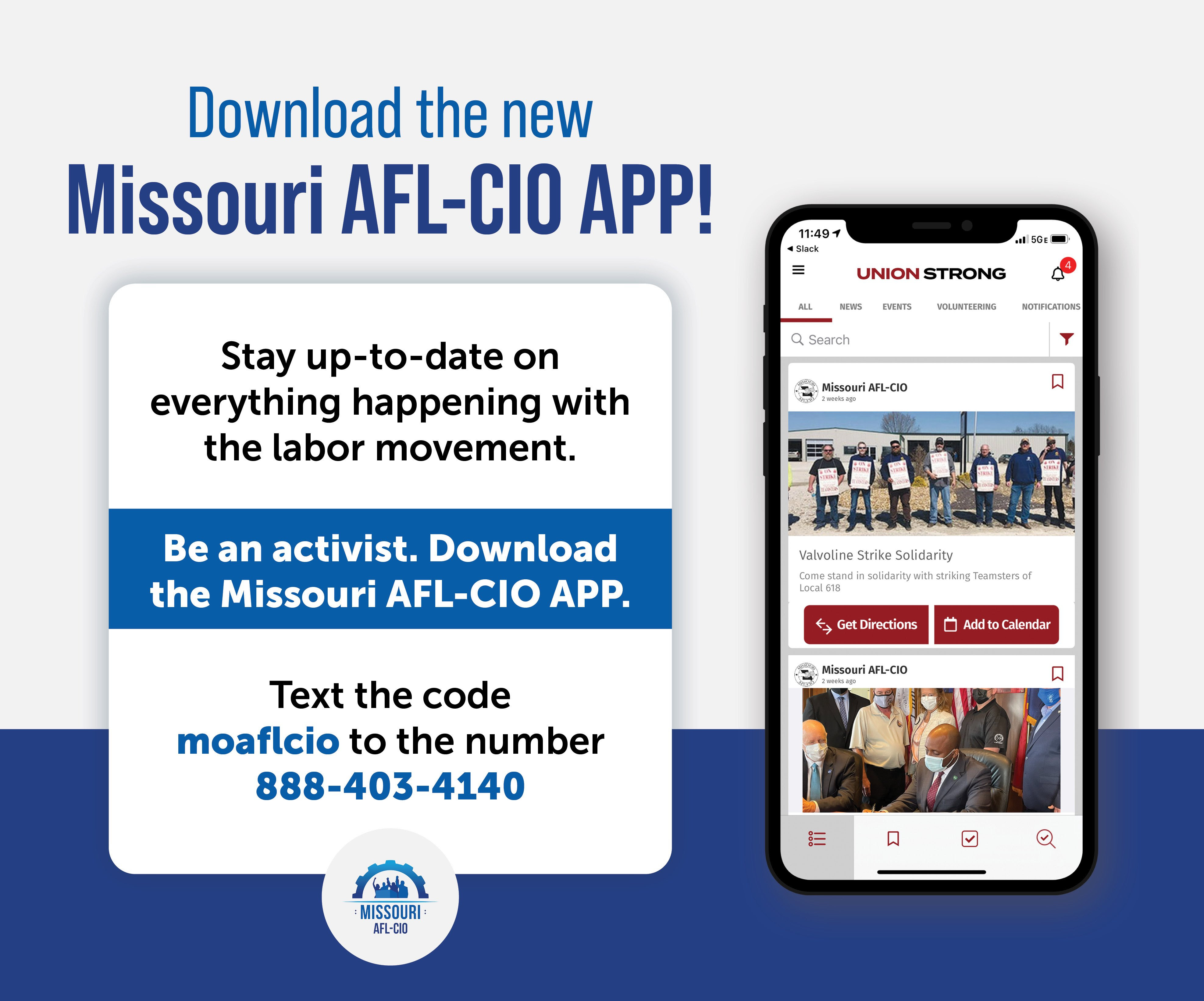